Merge bill is simply transferring a receipt item to another customers receipt.
All items in bill 1 will be transferred to bill 2, and bill 1 will be deleted.
Works only for the takeaway bill. 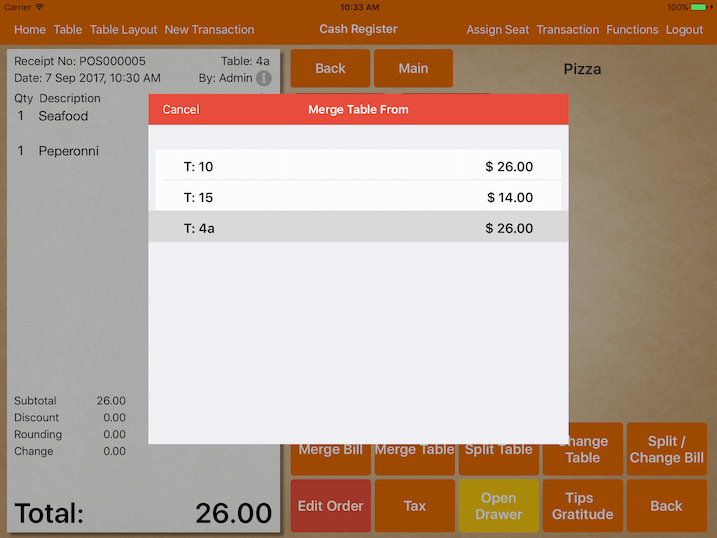 Merge table works the same as merge bill, however, it works with a dine-in bill only. 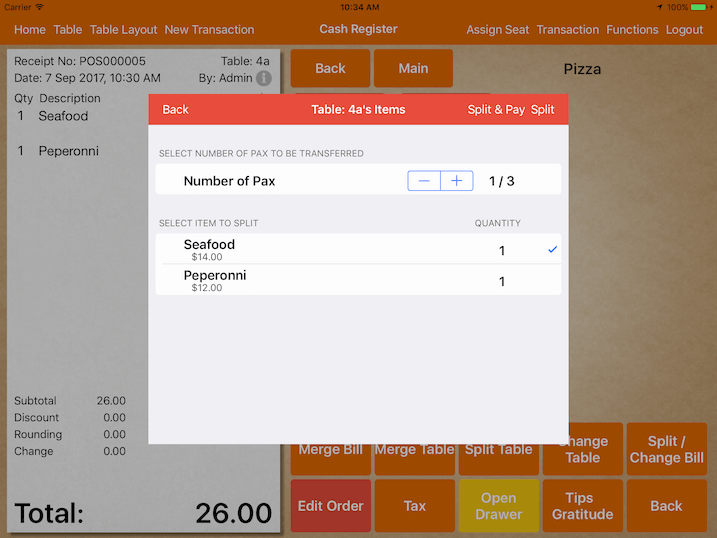 Split some of the item into a new bill with same table number.
Before splitting, you could choose Split or Split & Pay.

Choosing Split, a new bill will be created, and you could proceed to split again with the leftover items.
Selecting Split & Pay, it brings you to the new bill so you could proceed for payment.
If you make the payment immediately, the system will prompt you if you would like to split the original bill again. This would speed up the process where a group of customers wants to pay their own bill sitting at the same table. 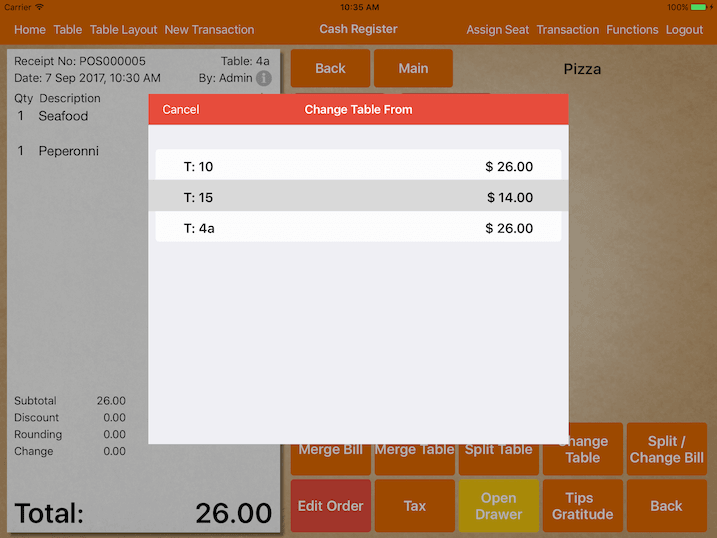 If you want to change a table, simply transfer all items from Table A to Table B. Just leave Table A unoccupied and Table B occupied.
It has the option to notify the kitchen about the table change. 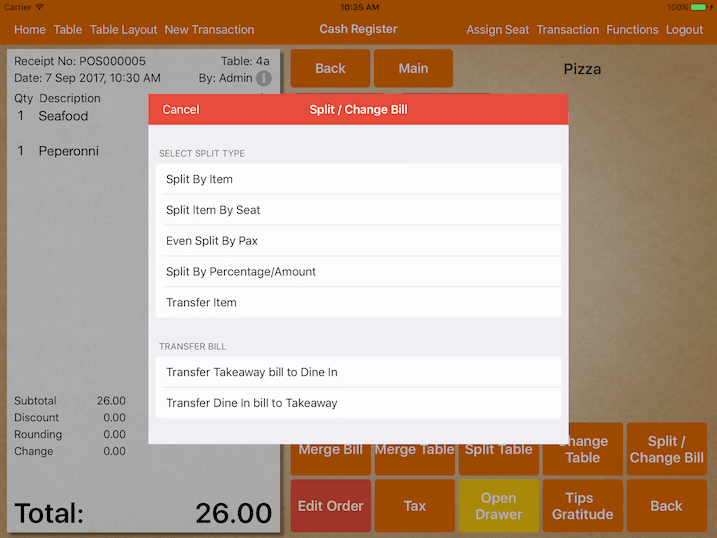 Works the same as split table, except it works for the takeaway bill as well.
Choose which order to be split.

Even Split by Pax (Number of People at Table)

By choosing the number of pax to split, MobiPOS automatically calculate the split amount for each pax.
By splitting to 2 pax, transaction #000001 will split to #000001-1 and #000001-2.
Once a bill is split, no additional orders can be taken.

Split by percentage works the same as even split by pax, the only difference is that you could specify the percentage for each pax.
You could also specify by bill amount instead of the percentage.
The system will reverse the calculation to the nearest percentage split.

Transfer item to a new table or new bill.

If you have entered the wrong amount to split, you could undo it.
Just retrieve one of the split transaction and click on Void.
Click Yes to revert splitting the bill.

Transfer Takeaway bill to Dine In

If a bill has been held without assigning a table, you could transfer the takeaway bill to a dine-in table.
If items in the order have a price difference between dine-in and takeaway, the order’s pricing will be updated accordingly.

Transfer a dine-in bill to takeaway bill.
If items in the order have a price difference between dine-in and takeaway, the order’s pricing will be updated accordingly.