This guide explains the word replacement feature in MobiPOS app.
This is useful when users wish to change the system wording to their own in the app.
In the MobiPOS app, go to Settings -> Replace Word and the screen will be shown as the image below. 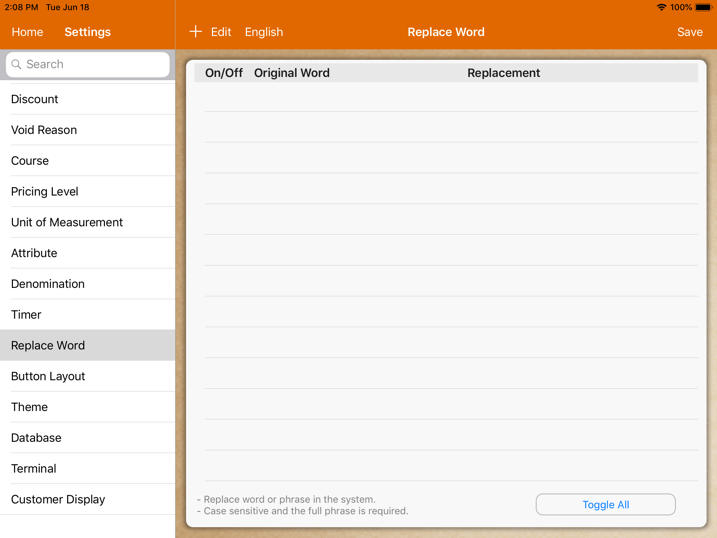 To change a word, first select the language you wish to change.
It should be set to the same language as your app’s language which is configured under Settings -> General.
Replace word feature does not work as a translation but replacing them with a different keyword. 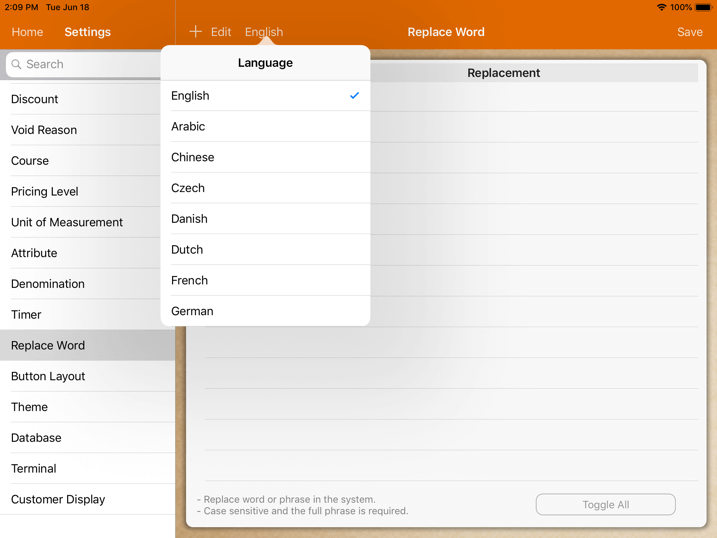 In this example, we will try to change a few words as shown in the image below:
Original Word: Home, Button Layout and Previous Receipts.
Replacement: Exit, Button Settings and Receipts History.
Upon completion, tap on “Save” located at the top right corner. 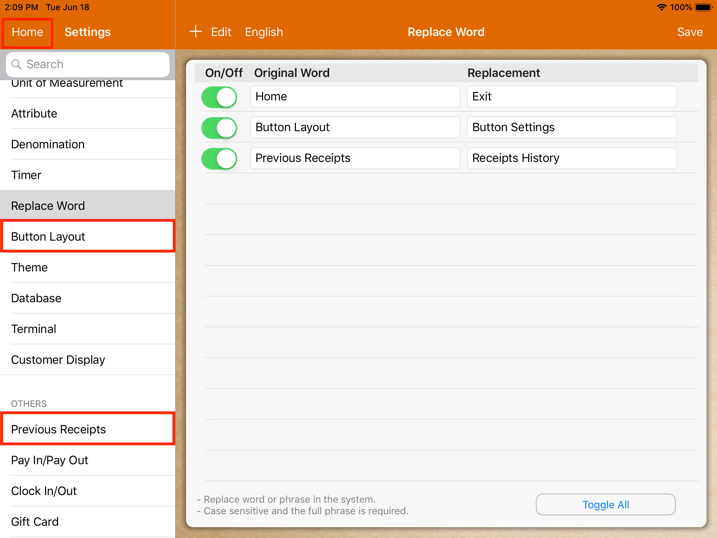 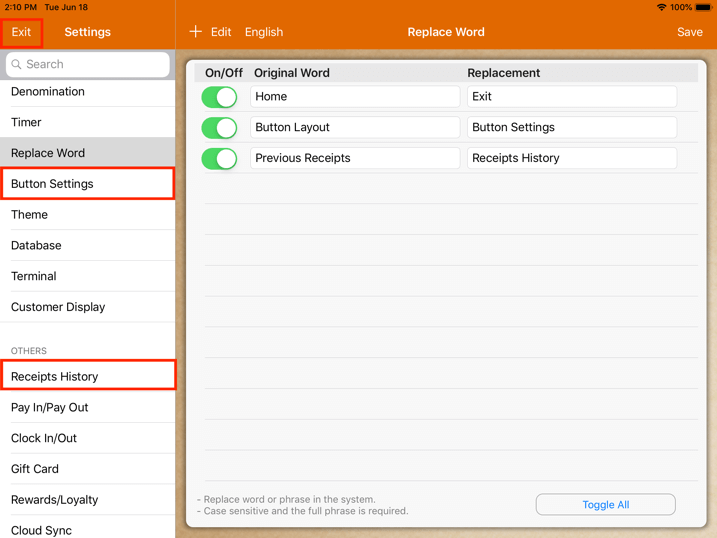 Do note that all the words are case sensitive.
Users are required to enter the complete original word or phrase exactly.
The system will not replace the word if the original word keyed in incorrectly.
For example, you would not be able to replace “Button” and “Layout” separately if the original phrase is “Button Layout”.

If users wish to delete the replaced words, tap on “Edit” as shown in the image below. 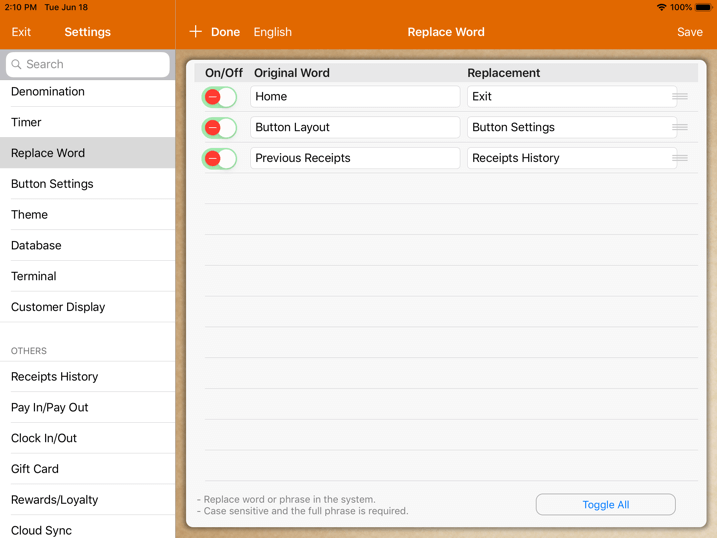 Tap on the red dash “-” button, then tap on the delete button on the right as shown in the image below.
Upon editing, click “Save” at the top right corner. 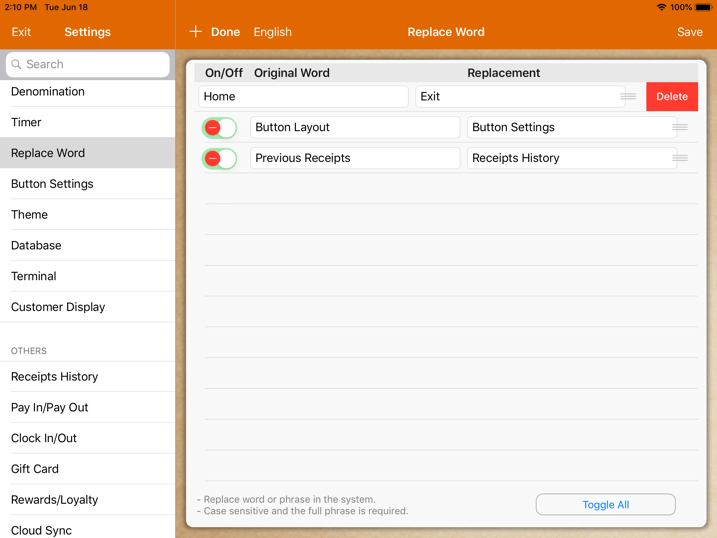